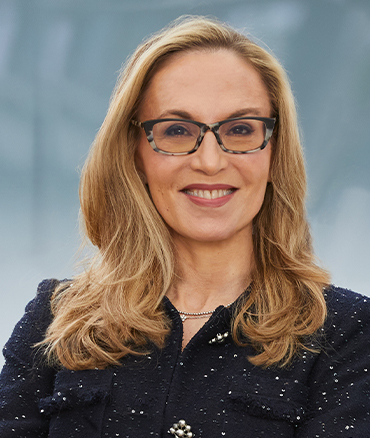 Deanna Kory has distinguished herself as one of the leading agents in Manhattan overall as well as continuously ranking among the top 3 brokers in sales volume within The Corcoran Group. With over 37 years of experience in the real estate industry, Deanna Kory has built a reputation as a hard-working broker with the intellect, knowledge, sensitivity, and expertise to assist all of her clients in realizing their real estate goals. She has a predominantly referral-based clientele which is a testament to these attributes. Along with her team, Deanna has sold well over $2 billion of residential real estate in Manhattan in the last decade alone and her team has grown over the years to become a unified and strong presence throughout the city. From East Side to West Side, Downtown to Uptown, the team has first-hand knowledge of all of Manhattan’s varied markets.

#1 in Sales in Manhattan
Corcoran Group 2015

East Side Sales Team of the Year
Corcoran Group 2017

Consistently ranked among the Top 5 Producers
Corcoran Group since 2001

A testament to Deanna and her team’s marketing success is the sheer variety and depth of her transactions: Deanna has marketed and sold apartments and townhouses of all varieties, from large properties in top buildings on Central Park West and Fifth Avenue to downtown lofts and numerous condo and coop sales of all sizes city-wide. In addition to marketing apartments and townhouses, Deanna has headed up several sales teams in major new developments including one $300 million dollar development where she was responsible for over $100 million in sales within 9 months. She is lauded in the industry and by her loyal clientele for her brilliance in marketing and for facilitating the best possible sale for the seller. She consistently ranks within the list of top broker city-wide and nationwide every year, as well as holding many other honors repeatedly year after year. Deanna’s warm personality and her career accomplishments have won her recognition inside and outside the industry. She is often sought-after for her expert analysis and opinions on the condition of the residential real estate market, as well as current trends in the print media including the New York Times, The Real Deal, and New York Magazine, as well as television media, including NY1, WNBC’s Today in New York, and LXTV’s Open House NYC.