What to Expect this Fall 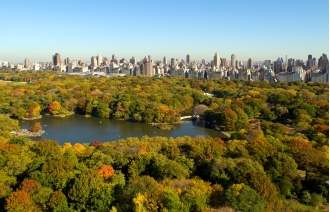 As the market is about to rev up after taking a brief end-of-summer pause, let’s take a look at this summer’s activity as an indicator of what’s to come in the following months.

Although activity typically slows during the summer, this year July and August turned out to be unusually busy. The number of contracts signed in both July and August were up double digits over a year ago, while negotiability for buyers and average days on market both declined.

What factors helped maintain momentum during the dog days of summer? An improved outlook for Europe’s economies and growing consumer confidence in the US both played a role. Here in New York the frenzy for condos filtered down to the coop market. Strong demand and low inventory remained the driving forces affecting the market.

The lack of supply forced many buyers, who expected to close on an apartment this summer, to continue their search for a new home. They may have been out of the city but they tracked the market on the internet, and returned to the city to view any newly listed or back-on-the-market properties. Other buyers, braced for another tight market this fall, house hunted over the summer hoping to beat out the competition and avoid potential bidding wars this fall.

A change in interest rates also came into play.  Some buyers wanted to buy before rates, already on the rise, took another jump. A flurry of activity in mid-August was likely spurred by a temporary drop in rates. While it wasn’t a big drop, any rate change can make a difference.

The high level of activity this summer and the on-going lack of inventory point to an unusually busy fall market this year. Now that schools are back in session and the major Jewish holidays have past, we are already seeing an uptick in activity, which we fully expect to build over the next several months.