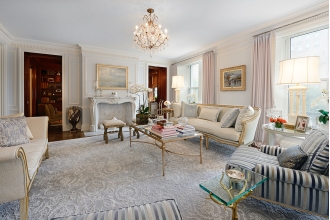 Since the recession in 2008, the co-op market has struggled in certain price areas, but due to several factors it has picked up a bit over the past two years. With the influx of new development and rising prices in the condo market, co-ops have offered a better value and as a result, prices have slowly increased. Also, co-op inventory fell to a historic low over the past several years and demand increased, partly due to buyers turning to co-ops after being priced out of the condo market.

This year, however, co-op inventory was up 7% in Q2 2015 from Q2 2014. Although a moderate increase, it was the first year-over-year inventory gain for co-ops since 2011. Co-ops still dominate the market share compared to condos, and even with new developments there was a shortage of inventory compared to the demand. For example, 4,617 of the 8,011 sales in the first half of the year were co-ops. While the co-op market closely reflected market-wide trends in the first half of the year, one statistic stands out: the average time to sell a unit fell by 9%, to just 94 days for the overall co-op market.

Although salesprices inched up, and in a few instances there were record co-op sale prices, the increases have not, in any way, matched the increases in the condo market. Co-ops prices were 32% lower than the sale of condos based on median price per square foot in the second quarter. For comparison, the average co-op price in Q2 was $1.319M and the average condo price was $2.045M. The median price for a 2 bedroom co-op was $1.275M, and the median price for a 2 bedroom condo was $1.805M. Properties that were overpriced were hurt significantly in this market. Many sellers (particularly in the market above $3 million) felt that their co-op should sell at the same percentage higher as condos and pressed their agents to set an asking price for their properties at an even higher listing price. Even agents, buoyed by the stronger condo market, felt that the co-op market would follow suit.

In the low and mid-end of the market, sellers were more cautious about pricing and as a result, sales volume and general prices were up. However, in the mid to high-end of the market ($4 million and up), sellers and agents were often overly aggressive with initial asking prices only to suffer for months following the listing’s launch. As a result, in many cases sales prices were well below expectations, and in the mid to high-end were lower than the same time period in 2014.

Upper West Side
Due to the Upper West Side’s continued shortage of inventory, co-ops on the West Side took the shortest time to sell relative to any other segment of the market in Manhattan. Co-op price increases overall were mostly positive year-over-year but significantly less dramatic than condo sales, which are being driven up by high-end and new development sales. The West Side also had the highest resale co-op median price in the second quarter market-wide at $895K. The average price was $1.493M in the first half of the year.

Upper East Side
The co-op market showed some significant growth over last year on the Upper East Side, in terms of the average price, which rose 15-16% over last year. The average price of a co-op in Q2 2014 was $1.641M and in Q2 2015, it was $1.902M. Alternatively, there was no positive growth in average price per square foot. This is important as it reflects a certain malaise in the market. The average median price of a co-op in the second quarter was $875K, which was slightly lower than the West Side median.