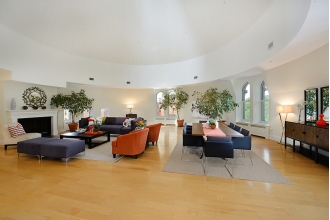 Due to a market shift toward new development (a large number of new developments launched for sales in the first half of 2015), the number of resale condo sales declined by 9% from the same time period last year. Inventory did increase in the second quarter, up to 2,222 units – a 14% increase year-over-year. However, inventory levels are still near record lows. With little to no restrictions on ownership, the condo market is open to everyone including foreign buyers, investors, and non-primary residents. This market is not as affected as much by overpricing as the co-op market, as there is a higher demand and a larger pool of ready, willing, and able buyers.

Upper West Side
There was a higher number of sales of studios and one and two bedroom categories in the first half of the year, which may have contributed to a 7% decrease in average sales prices since last year’s second quarter ($2.254M in Q2 2015 and $2.419 in Q2 2014). Interestingly, in the first quarter, the average sales price was $3.009M, 27% above the Q1 2014. However, this significant gain in average price had a lot to do with multiple closings over $10M at Time Warner Center, Trump International, and 15 Central Park West – all of which are prized by foreign buyers! The average median price was $1.3M (over $400K more than co-ops).