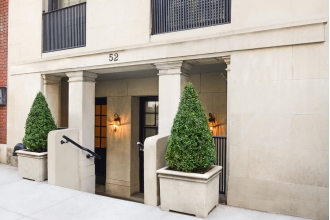 One of the great things about living in New York is the spectacular history it holds. Uncovering these unique morsels of interest around every corner is truly fascinating. 52 East 64th Street, a grand townhome on the Upper East Side’s Gold Coast which is currently on the market holds an exciting past. Not only was the architect, Frederick Sterner one of the country’s leading architects, but one of the houses residents was America’s most famous actress of her time, Ethel Barrymore!

During the time she lived at 52 East 64th Street, Ethel Barrymore appeared in three plays at the Empire Theatre on West 42nd Street: “The Lady of the Camellias” by Alexandre Dumas fils, “The Off Chance” by R.C. Carton, and “Belinda” by A.A. Milne.